Geeks You Should Know: Dan O’Bannon

In general, a person is rarely considered to be influential when they have contributed only a small handful of works to a particular field, especially when those works are not considered to be complete game changers. I would argue, however, that Dan O’Bannon is one of a few people who are very influential on the world of film.

O’Bannon got his start acting in and doing visual effects for the student film-turned-feature release Dark Star. While lovingly referred to by O’Bannon as the worst theatrical film ever released, two important things came out of this production:   O’Bannon’s idea of truck drivers in space was born, and the idea caught the attention of Alejandro Jodorowsky.  Jodorowsky was so impressed with the effects O’Bannon created on a tight budget that he brought him to Paris to work on Dune. This is, of course, the same Dune that was never made but that has been an influence on the entire science fiction genre.  O’Bannon was a fundamental piece of assembling that vision . Dune also introduced O’Bannon to one of the most important collaborators he would work with, H.R. Giger.

O’Bannon’s next project was writing the screenplay that would become Alien, along with Ron Shusett. Taking the idea of truck drivers in space from Dark Star and making it into a horror film instead of a black comedy, O’Bannon created one of the most incredible movie monsters to ever grace the screen. Of course, while the idea of the Xenomorph and its origins came from the writing, O’Bannon tapped Giger to give his creature physical form. Without these two men, the world would have never been given Alien and all of the films that drew their inspiration from it.

But why stop there? O’Bannon had one final thing to give pop culture. Though the B-list zombie movie The Return of the Living Dead is entertaining, it is unremarkable except for one small detail. The Return of the Living Dead is the first time that zombies crave brains! It’s a little hard to imagine that there was a point in time at which zombies didn’t crave brains, especially considering how much of a cultural trope it has become. All of those walkers out there mumbling “Brains… brains…” have Dan O’Bannon to thank. 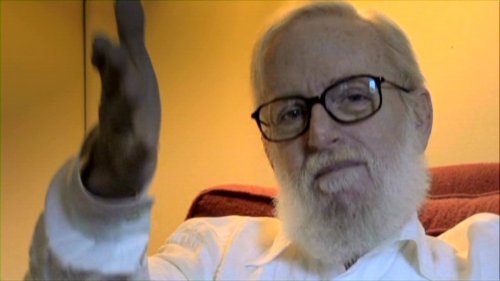 While O’Bannon has some additional credits to his name, nothing comes close to the impact on geek and popular culture that these four films (well, three films and one failed attempt) provide. Though not all roads lead back to O’Bannon, a surprising number do, which is why he is a Geek You Should Know.

Filed under Andrew Hales, Geeks You Should Know