The Superhero: Marvel vs. DC

Since the early 1960s, comics have been dominated by two major publishers, Marvel and DC. Despite both publishers being primarily focused on the same type of comics—namely superheroes—each has a distinct feel. While a reader may not be familiar with a particular character, if they are at all familiar with the Big Two, it is pretty easy to determine which publisher the book came from. The natural question then is, if both publishers are putting out what is essentially the same type of book, why do they feel so different? The best answer I have heard, and the one that I’m going to explore in this post, is the idea that DC characters are gods attempting to be man, while Marvel’s are men attempting to be gods. END_OF_DOCUMENT_TOKEN_TO_BE_REPLACED

Why in the World are Comics Valuable?

Recently I had a conversation with a coworker that really got me thinking. I was asking if he had heard about the recent Action Comics #1 auction, the one that went for $3.2 million. While he was not surprised to hear that particular issue went for a high price, my coworker also expressed his amazement that a comic book sold for that much at all. Knowing the man as I do, I know that he was not at all trying to be derisive but instead was trying to understand how something as simple as an old comic book could be worth millions; he is not alone. 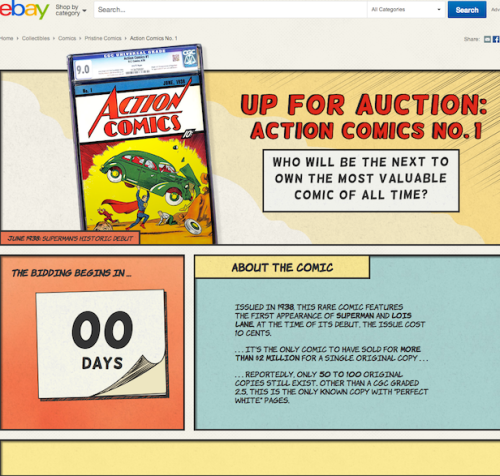 END_OF_DOCUMENT_TOKEN_TO_BE_REPLACED

Evolution of the Comics Code

After the disastrous Senate Subcommittee on Juvenile Delinquency hearings in 1954, the Comic Magazine Association of America implemented the now infamous Comics Code Authority. Loosely based on the Hays Code that had governed Hollywood movies since the 1930s, the Comics Code was a full set of draconian rules that had two significant effects. The first was the near collapse of the comics industry with the banning of certain title words and subject matter. Second was the fact that those publishers that survived were quickly forced out of touch with reality due to the limits on subject matter. It wouldn’t be until the 1980’s that comics again began to openly mirror society (of course, they had done so subtly for decades). END_OF_DOCUMENT_TOKEN_TO_BE_REPLACED

They say that imitation is the most sincere from of flattery. If that’s the case, then comic books love to flatter one another. From the beginning of superhero comics there have been copies of the most successful characters and their gimmicks. This applies not only to the characters, but also to the most visible part of the book–the covers. It is a common practice in the industry to pay homage to classic or favorite covers from other books. Of course what better place to begin than Action Comics #1. This particular issue is one of the most frequently parodied.

This is of course an absolute classic. In his book Supergods, comic writer Grant Morrison talks about all the various reasons this cover appeals to people and he is dead on. There is something about this cover that tells people that inside these pages is something new and different, which it is. Because of this, the cover has been copied repeatedly through the years. END_OF_DOCUMENT_TOKEN_TO_BE_REPLACED