Being a science fiction fan, I’m forced to admit that, as a whole, the genre has a rather bleak outlook on the future. Some of Sci-fi’s greatest works are among its most disheartening and dystopian. In spite of this, there is still one great, shining beacon of hope and positive energy guiding the way to a brighter future:  Star Trek.

It’s safe to say that the Star Trek franchise, particularly Star Trek and Star Trek: The Next Generation, epitomizes all of the wonderful and positive things that humanity can become. It is filled with characters that, even when faced with insurmountable choices, still manage to do the right and moral thing, even if there are consequences that must be paid. This of course is no accident, but instead the vision of one man brought to life on the small screen. As a bomber pilot during World War II, Gene Roddenberry had a first had view of the absolute worst of humanity. I can’t help but think that his experiences in the war helped shape his view of what he wanted humanity to be like in the future. 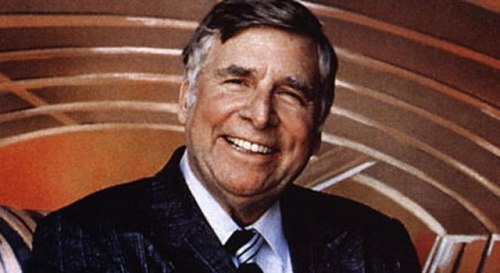 When Star Trek first premiered, there was something different about it. Although it was similar in many respects to contemporaneous science fiction media, it showed an idealized view of humanity. The show featured a racially mixed crew that included an Asian, a black woman, and a Russian (in character), all working in complete harmony. While today that doesn’t seem like much of an achievement these days, this was 1966. It was both the height of the Cold War as well as the Civil Rights Movement.  All the strife and violence that plagued viewers every night on the news was nowhere to be found for sixty minutes every week. In between the opening and closing credits was a world where race, and sex, and all the other things that make us different didn’t matter, we were one big happy human race. We even did our best to invite in those alien species that we had met along our travels.

Roddenberry did his best to not only present a future where everyone was equal, but he also tried to incorporate stories that addressed the issues that confronted his audience on a nearly daily basis. Instead of hitting people over the head with obvious moral lessons that would have caused problems both with the viewers and the network, he instead wrapped them in a story that viewers could enjoy without feeling as though they were being bombarded by social commentary. Most people were, on some level, aware of the progressive attitudes the show espoused, but they were delivered in such a positive manner that it was difficult to disagree with. More often than not, aliens filled in as both the aggrieved party and the offender, with the crew of the Enterprise coming in to mediate. The idea behind this was not that people would immediately jump up and go fight the injustice in their communities, but that instead, those stories would stick with people and get them thinking about all of the potential that humanity has. Eventually that kind of thinking has a way of changing people and driving them to action. Roddenberry was playing the long game. 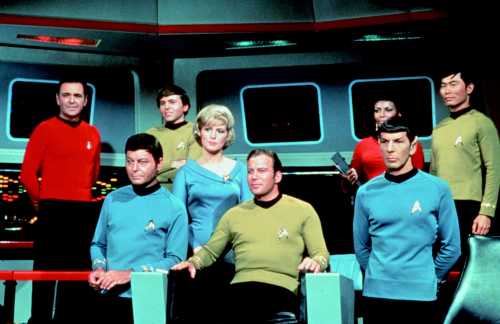 A mixed cast when such a thing was almost unheard of.

Something else that sets Roddenberry’s future apart from the myriad other science fiction futures is that more than anything else, the characters of Star Trek were explorers. To be sure, there were other science fiction titles about exploration before Star Trek (2001: A Space Odyssey comes to mind) but they were never the episodic television show that Star Trek  was, and I don’t know that it was ever so explicitly stated. Every episode started off with the now familiar quote that the Enterprise’s mission was to EXPLORE strange new worlds, to seek out new life, and new civilization, and to boldly go where no man has gone before. While these sentences may have indicated more than a little bit of space race fever, it also says something deep about what Gene Roddenberry felt the future of humanity was all about. This is especially obvious in his choice of words, explore and seek out. These aren’t the words that typically accompany a military organization; these are the words of people whose highest calling is the acquisition and furthering of knowledge. The Enterprise and all of the ships of the Federation are packed full of scientists who are constantly seeking new ways to better the lives of everyone.

Finally, there is the Federation itself—a lot like the UN, but it works a lot better. Instead of just a meeting place for various nation states to attempt to resolve their conflicts, the Federation is a galactic government that unites hundreds of different species all working towards common goals. What is even more amazing is that in the show not only is humanity a member of this organization, but it is one of the founding members and the true driving force behind it. And while the Federation has enemies (the Romulans and Klingons mostly), it seeks a peaceful existence with them and even holds out a far fetched hope that one day they will join the Federation and take their place as equals and friends instead of foes. Roddenberry shows us a world in which humanity as a whole has put aside its petty differences and embraced a leading role in shaping the galaxy’s political and cultural system. How much better could the future possibly look than one in which a united human race works in communion with other intelligent species to make the universe a better place?

Since Gene’s death in 1991, there have been times where Star Trek has deviated from the vision that was laid out by its creator. Star Trek: Deep Space Nine was particularly known for this and while it certainly helps to add depth to the franchise, I also think that the show’s producers missed out on what makes Star Trek truly great. Star Trek shows us that no matter how bad the world outside our windows gets, there is still a bring light at the end and that humanity has the potential to be so much more than it has ever been.