As someone is who is fairly new to Doctor Who (I just started season 5), I’ve come to appreciate the various technology that The Doctor encounters. Instead of being all streamlined and uniform like Star Trek, it’s cobbled together and from all kinds of different species. Now I’ve come to find out that some of this really cool tech may not be too far out of reach. I really want my own sonic screwdriver. 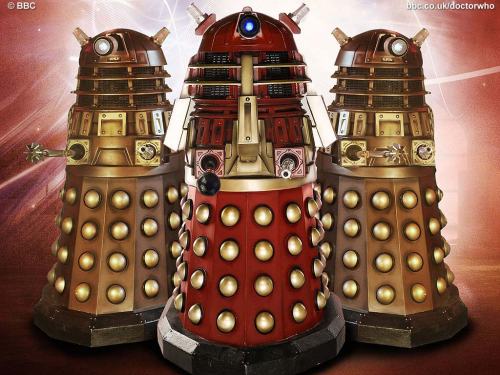 Chinese engineers have filed a patent for a flying car. Lift is provided by two large fans spinning in opposite directions for stability, similar to heavy life helicopters. Although it’s only a preliminary design, it doesn’t leave a whole lot of room for any people. One can only assume they’ll remember that someone has to drive the car, and of course flux capacitors. 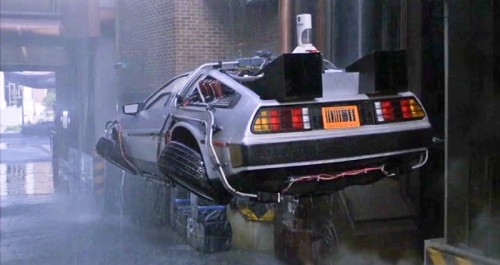 See, it shouldn’t be that hard.  Christopher Lloyd did it.

Now that we’re getting flying cars, Mattel better get its shit together. I want my hover board!

Not only is this a great time to be alive, it’s also a great time to stay alive. Medical technology is advancing an amazing pace and is now beginning to address the area of degenerative neurological disorders.  In nearly all of these diseases, neuron death is a primary concern but there are some potential breakthroughs using stem cells. While some aspects of stem cell research have garnered considerable controversy, there is no argument that they may lead to incredible breakthroughs. Turns out that inhaling stem cells may help slow the loss brain cells, which in turn may lessen the degeneration. This would be a significant improvement over current methods which are very invasive. 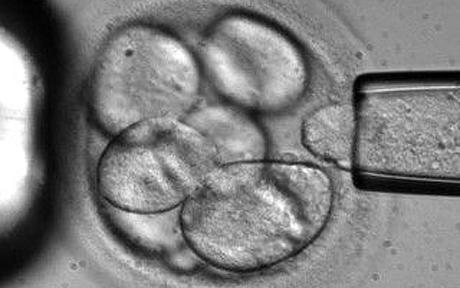 As of now, results are mixed, but the real key is that scientists keep trying to innovate and find the next big cure.

Tagged as Back to the Future, Daleks, Doctor Who, Flying Car, Sonic Screwdriver, Stem Cells

VA Comicon: The Good, The Bad and The Ugly

This past weekend was one of my local comic shows, the VA Comicon. While very different than events like New York Comic Con, these small, local shows are actually some of the most important in the comic industry. They allow fans of all kinds to get together, buy and sell comics and other geek paraphernalia, but more importantly they allow geeks to meet and socialize while not requiring they shell out $85 for a weekend pass. Unfortunately these small events also have some considerable drawbacks. So without further ado, Therefore I Geek presents The Good, The Bad and The Ugly of the VA Comicon.

It had been about four years since I’d made the relatively short trip from Hampton Roads to Richmond for a VA Comicon, but this year I decided to do it.  Much like when I last attended, there was a big name—Rob Liefeld—intended to draw people in.  Last time I jump on the chance to get autographs from Chris Claremont, Michael Golden, and Larry Hama, but they were nowhere near the draw that Liefeld is.

Rob Liefeld, a.k.a He Who Shall Not Be Named.

In addition to have more people in attendance, the number and quality of exhibitors has improved.  In addition to Liefeld, Brian Clevinger and Scott Wegener of Atomic Robo were present. It was nice to see these guys again, but at a smaller show after the craziness of NYCC. There were also several booths selling all kinds of interesting stuff. Check out the end of the post for links to my favorites.

Local shows like this are a great way for fans to who don’t have the opportunity to go to large cons to get out and have at least some of the experience. That having been said, a fair number of these people are lacking in convention etiquette. For starters, on more than one occasion I was accosted by the smell of someone who hadn’t showered recently. Unlike many small shows, this one was blessed with a spacious hall and therefore I was not pressed up against people.  If I can smell someone from a couple feet away, they have a body odor problem. There were also several times where people would essentially block the entire aisle for no apparent reason. In larger conventions I see this as almost unavoidable given the sheer number of people who are in the space, but here more than once people could have simply stepped two feet to the right or left and made space for people to pass.

The convention layout had some incredible flaws. In my mind, the most egregious of these was how panels were addressed. Basically they had a couple sets of metal bleachers were set up in the middle of the room and the person conducting the panel sat or stood in front of them and tried to talk over the crowd milling around booths behind them. This is no way to attract people to either attend said panels or host them. Panels can be one of the most memorable things about a con and these were severally bungled. What I have seen at other conventions that don’t have separate rooms available for panels, is having a small area segregated off with curtains and a small sound system present so that panel-goers aren’t stuck in the middle of the con and the speaker can be heard. Panel isolation doesn’t have to be anything fancy, but it makes a difference.

The red circles indicate areas where panels should not be located.

A bit of line management would also be helpful. Rob Liefeld’s line ran diagonally across nearly the entire 36,000 square foot room. This meant it had to cross the aisle twice and cut through the middle of the con floor (also right past the panel area) and behind all of the exhibitors booths. I made about four passes around the con floor and each time I passed the line, the single person running it was trying to figure out if someone was or was not in line and where the line actually was. A slightly better floor layout and a couple of extra volunteers and this could have gone much more smoothly.

This wrap up may seem a bit negative, but I had a really good afternoon. VA Comic Con, don’t get down on yourselves, you did a great job. I’m really pleased to see how much things have grown in just the last few years while I’ve been absent. I’m looking forward to the next convention.

Don’t forget to check out the links!

Pixel Who – Doctor Who Pixel Art

Now you and I can explore Middle Earth. In preparation for the upcoming movie The Hobbit: The Desolation of Smaug, Warner Bros has partnered with Google Chrome to give us a tour through some of Middle Earth’s more well known locations (and presumably those that we will see in the film). The promotional footage certainly looks promising and there is apparent room for expansion, hopefully to include those locations seen in Lord of the Rings.

This year marks the 75th birthday of Superman. To celebrate, DC has released a new collection of Superman stories from throughout the seventy-five years, Superman: A Celebration of 75 Years. Chris Sims of Comics Alliance took some time to review this collection and he has a unique take on it. While most of the stories are very powerful, they also share a unfortunate common tone.  DC could have used the opportunity to showcase Superman doing what he does best, triumphing over evil and being the paragon of virtue that we most commonly associate with the character.  Instead, DC’s focus is on trying to make us think that Superman is a very serious character and that comics are very serious things.  Although comics can certainly be serious, this gives a very one-sided perspective of a character that defined and then repeatedly re-defined the genre of superhero comics.

I think Sims is really on to something here.  While I fully intend to check out this Superman collection, I’m also going to start looking up some of his other suggestions, because I’m not really a fan of sad Superman.

The “League of Heroes” is a simple RPG available both in the Android Play store and Apple App Store.  I really enjoyed the bright, playful graphics and the smooth game play, but there were some drawbacks to this game. 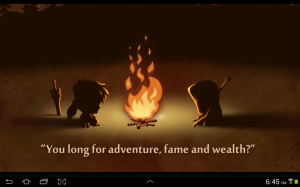 Welcome to the village of Froggnest

The hero of the game is asked to undertake a quest to rid the small village of Froggnest of the scourge of evil creatures that presumably want to destroy the inhabitants.  These inhabitants seem to consist of a Captain, an armorer, potion mistress, town troll, a trainer, and an elderly grandmother.  Most of these have obvious functions, such as the armorer and potion mistress, who both sell valuable items that are useful for completing quests.  The Captain gives the player missions and individual quests, and the trainer provides certain capabilities for a price—such as increased hardiness or stamina.  The town troll is the social feature of the village, and the grandmother provides small side quests for a reward, such as gathering sticks for her while the hero is on other larger quests.

Each time the hero leaves the village, he is given a choice for his quest.  There is exploration, which allows him to continue to defeat ordinary monsters, the daily quest, which is pretty self explanatory, and the boss level.  I like this layout because the player can choose when to face the boss level.  If the hero has gone too long without facing a boss, the game will alert him that he can continue to accumulate coins and jewels, but that his XP will not increase until he has finished the boss level.

Choose your own adventure…

I like the smoothness of this little game and the ease with which the player can become immersed in the world.  The graphics are bright and pretty.  Quests are simple enough to be played in roughly three or four minutes—which is perfect for the adult player who just wants to take a brief break from work or homework.

There is a nice variety of monsters, and while most of the terrain looks similar, it is not exactly the same.  This helps keep it from being boring.  Also there are lots of little barrels and jugs scattered throughout each level that can be smashed to reveal the contents—coins, usually, but occasionally nothing.  Once a level has been cleared of monsters, the hero is given the option to go straight home to the village, or stick around and search for more treasure.

Where the game falls short is the controls.  The main character is controlled with a touch compass in the bottom left corner of the screen.  Moving the compass determines which way he goes.  The bottom right corner is the action button.  While the player is exploring, this is a sword.  At other times it can be used to interact (or “talk”) with other characters, or perform other actions.

I realize that the game has to work with the soft, onscreen buttons on most tablets and smart phones, but it makes the player work very hard to keep his character headed in the right direction.  I’ve been defeated during several levels because I was swinging my sword away from the monsters that were attacking me, and couldn’t get turned back around in time.

Here there be monsters

Overall, this is a bright, cute, fun game to idle away some hours, but it is easy to get frustrated over the difficulty of control due to a lack of physical buttons.  I give the game three out of four Death Stars.