Tag Archives: A Song of Ice and Fire 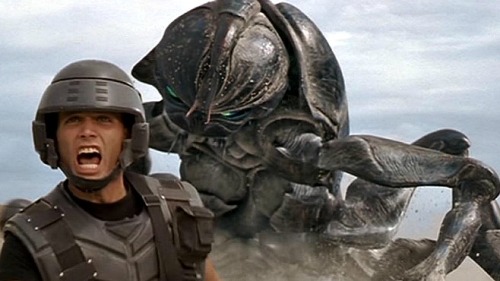 In which, Andrew and Tracy revisit the topic of literary influences.  We discover that most of Andrew’s are sci-fi books that have since been turned into movies, and that Tracy is a little too passionate about C. S. Lewis.  Also we get sidetracked on Hunter S. Thompson, the libertarian views of Robert Heinlein, and the bizarre scientific theory that led six men to take a balsa wood raft from Peru to the Polynesian islands (a trip that took 101 days) in 1947.

END_OF_DOCUMENT_TOKEN_TO_BE_REPLACED

Tagged as A Song of Ice and Fire, A Tale of Two Cities, Bladerunner, Books, Breaking Bad, C. S. Lewis, Dark Matter, David Copperfield, Do Androids Dream of Electric Sheep, Fear and Loathing in Las Vegas, Grayson, Great Expectations, Hunter S. Thompson, Kon-Tiki, Marvel the Untold Story, Nicholas Nickleby, Podcast, Robert A. Heinlein, Starship Troopers, The Hobbit, The Lion The Witch And The Wardrobe, The Sword of Shannara, Till We Have Faces

﻿﻿To Watch or Not To Watch: An ASOIAF Fan’s Dilemma

With the recent news that HBO’s Game of Thrones will indeed finish the story in advance of the release of books six, seven (and maybe eight?), thousands of ASOIAF fans found themselves facing a tough decision. Do I keep watching, or not?

Thus far, the Game of Thrones fandom has been divided into two distinct parts – those who haven’t read the books, and those who snickered viciously as their friends reacted to the Red Wedding. However, the playing field is about to be leveled – soon all fans will be in the dark about what’s going to happen next episode or next season, which popular character is about to kick it, or which characters are about to come on the scene and shake things up. END_OF_DOCUMENT_TOKEN_TO_BE_REPLACED

This past summer I successfully read Dune for the first time after at least ten failed attempts. In part, I think those earlier aborted attempts were due to my failure to connect with the book, but there was definitely another factor that definitely had an impact:  the length. The version of Dune that I finished was nearly 800 pages long and required a serious time commitment on my part. Fortunately for me, I was working nights for a while and had some time on my hands but that was not my normal schedule. Though I enjoyed the book, I came to one inescapable conclusion: it was way too long. END_OF_DOCUMENT_TOKEN_TO_BE_REPLACED

The British Film Institute in collaboration with the BBC has restored what is being called the very first science-fiction film ever made.  A Message from Mars is a silent film from 1913 that tells the story of a martian who is visiting earth to show a miser the error of his ways.  Composer Matthew Herbert wrote a new soundtrack for the silent film in fewer than ten days.  It will be available to watch tomorrow online on the BBC Arts website.  The BFI has been compiling British science fiction movies and television shows into a collection called “Days of Fear and Wonder,” which has been running since October.