They say you can’t go back.  Usually “they” are referring to specific life event:  high school, the first car, or that one sweet summer where everything was perfect.   Gamers can’t go back either.  Once or twice a year a friend or two proposes to hook up that old NES or Genesis console and do some hard core retro gaming to relive the “good old days” when   games were innocent and pure and brand new.  Everyone’s list is different, but there are some games that appear on more lists than others: Battletoads, Bionic Commando, Blaster Master, Final Fantasy, and Super Mario Bros are just a few of these. All were very good games for their time.  I admit that I have attempted to do a little retro-gaming from time to time, but more often than not I end up disappointed and bored after an hour or two into what was supposed to be an all night gaming session. 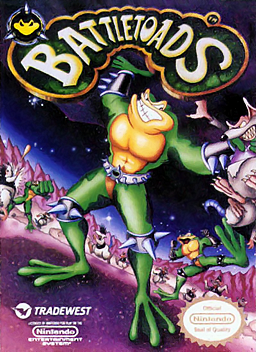 What makes a game a classic or timeless?  I’m sure it could be argued that it’s the story or the characters or the mechanics or how the age of the gamer relates to the whole experience.  Most likely a mix of all those things put together lends itself to the feeling of nostalgia.   I can say that I’ve tried to play Dragon Warrior at least a half a dozen times since that first time I beat it. Nowadays the game just seems too tedious.  The same could be said of one of my personal favorite games, Final Fantasy.  I remember that game to be epic, full of story and fun.  It was the first game that took me more than a day or two to get through, so it earned a place in my heart for that alone.  Sadly, sentimentality will only keep interest for so long.  While some older game mechanics don’t hold up as time passes, there are thousands of games worthy of some cuddle time with Doritos and Mountain Dew.

Some creations last and take on a life of their own. The Legend of Zelda is an action/adventure game which is traversed screen by screen.  There are secrets to be discovered using bombs and candles such as upgraded swords and armor and various other items and weapons to help Link prevail over Ganon and save Princess Zelda.  The game was very well thought out and executed in spectacular fashion.  A more recent game The Binding of Isaac is a far more adult-oriented, disturbing trip into the psyche of a kid who is running from his mother after she received a message from God to kill her son, a direct reference to the Biblical story.  The mechanics are very much like those of Legend of Zelda, just without all the outside exploration and with all the dungeons stacked on top of each other. There are still screen-by-screen exploration, bombs to find secrets,  items to extend health,  change weapons  or make them more useful.  All in all, I found it to be a fresh story that is as grown up as the people who grew up on Zelda. It has mechanics that are familiar yet different enough to make the game fresh.  A single play can be long enough to fill hours or short enough to fill in that twenty minutes while the pants are drying before heading out to play mini golf with your best girl.

Along the same lines, some of today’s biggest casual games use the concepts and limitations of older games to create a simple and (sometimes) fun experience.  This is a very exciting time for gaming.  With phones and tablets being so powerful and easy to use, the simple games of yore have inspired a whole new boom of games based on the old classics.  When I see people play Temple Run, I think of Pitfall and Pitfall 2 from the old Atari 2600. All of these games have a simple underlying concept: run and jump over obstacles while collecting gold bars.  With Temple Run, a simple screen tap does the jumping and turning the device controls the character.  Clones of Ikari Warriors, Commando, Breakout!, Berzerk, and other old cartridges can also be found.  All are re-hashed mechanics and backgrounds from old games with an upgrade in graphical flair.  In the world of casual games, nothing is sacred.  Flappy Bird steals some Super Mario Brothers graphics and allows a single tap to guide a bird through gaps in pipes.  Go home, Flappy Bird, you are drunk.  I can’t imagine a more inane gaming experience.   There are better ways to borrow from the games that inspire.

It is always cool to see developers pay homage to the games that inspired them.  Treyarch is one such developer and I want to thank them for marrying old and new gaming when they included the beloved text game Zork as an Easter egg in Black Ops.  Similarly, Shenmue, a game lauded for its representation of the mundane daily life of Ryo Hazuki, the game’s main character includes an arcade into which the player can pop a quarter to play recreations of Space Harrier or Hang-On. These types of simple homages to a more humble time are always cool and I love seeing big games include older games like these as a bonus to the players.

On a different note, I would be remiss not to mention my appreciation for developers who continue to make games for old platforms.  While these games are not technically retro, there are games being made for the PS2 long after the PS3 was released.  These developers are usually small companies and start-ups who can’t yet garner a large publisher or major funding, yet they decide to forge on and use the older architecture of past machines to run their programs.  I say, more power to them.  These independent games producers do some really neat things with those old boxes.  For instance, here is a guy who is making a Wolfenstein 3D port that plays on the Sega Genesis.  I saw a few demo videos and it looks like it plays in spectacular fashion and very close to the original pc version.    In the game’s heyday, many said it was impossible to port it to the Genesis.  Leave it to a clever programmer to figure out a way to make it happen.  There’s something romantic about making an old machine work in new ways and I love the dedication that guys like this have.

Retro gaming is more than just hooking up that old Super Nintendo and re-living the good old days of Starfox 64 or long nights filled with the the crunch of game cartridges being swapped out.  Retro style games hearken back to a time when games overall were a bit more subdued and not quite so grandiose as a Battlefield 4 map.  High action and cinematic cut scenes fleshing out a storyline took up too much memory and were luxuries saved only for the highborn race of PC users.  (They do get all the cool games.)  The Space Quest series and the Quest for Glory games took up so much of my time.  The tongue-in-cheek humor made those games a lot of fun to play.  That being said, there is no substitute to blowing out a copy of the NES classic River City Ransom and helping Alex and Ryan take on the local high school gangs that kidnapped Ryan’s sweetheart, Cyndi. Satisfying their appetites for delights such as urchin and sushi to boost attributes will make the job just that much easier.  Give this one a go if you can find a copy.  You will not be disappointed.

In conclusion, I say to gamers old and new, have fun with those old games.  They live on as representatives of the era in which they were born and have helped drive the technology boom that we enjoy today. Not too shabby for some 8-bit sprites.