In which, Andrew, Tracy, and the Dude take on X-men: Apocalypse.  In this episode, we revisit Dude’s mildly disturbing affinity for Michael Fassbender, discover that Tracy fixates on strange details in movies, and that Andrew once again pulls oddly specific and not-so-oddly relevant minutia from the depths of his brain on demand.

END_OF_DOCUMENT_TOKEN_TO_BE_REPLACED

In which, Andrew and Tracy watch and discuss the movie Groundhog Day, in anticipation of this week’s podcast’s release date, on Groundhog Day.  We made no reference to the fact that this is our 50th official podcast episode (minus those few Special Editions), but indeed it is!  We’re a little floored that we’ve been recording our own voices talking about stuff for so long.

END_OF_DOCUMENT_TOKEN_TO_BE_REPLACED

In which Andrew talks with Kelly Bender and Micah Myers, the writer and letterer of SNARL, and brand new independent comic out from Alterna Comics. The guys talk about the writing process, what it really takes to letter a comics and why it’s so important, and what it’s like working in comics outside of the Big Two. Kelly shares some great insights about the comic industry in Asia as well as his thoughts about the future of artist alley at conventions.

Scientists from the US and Canada making use of the Spitzer Space Telescope to study brown dwarfs have made some interesting discoveries. These celestial bodies which are not quite stars, but not quite planets may have rain in the form of molten iron.  Picture being in a deluge, only instead of water, super hot, melted metal is pouring from the sky.  Scientists identified the weather patterns by looking at the infrared light that the brown dwarfs emit and observing variations in it, which indicate changes in weather.

Brown dwarfs fall somewhere in the middle between stars and planets.

Somehow this makes Seattle’s weather not seem so bad.

Ever since the Fukushima disaster the nuclear industry has been looking for new ways to turn itself around. Their latest attempt to do so is the Small Modular Reactor (SMR). These reactors are less than 300 Mw, but are often much smaller than this. The reactor can be built in a factory somewhere and then transported to wherever it is needed.  Because of their size and design features these reactors are safer than their larger counterparts and can be placed underground, making them less vulnerable to terror attacks (an unfortunate modern design consideration). The Russians are already jumping on the SMR bandwagon with a modified version of their submarine reactor mounted on a barge. 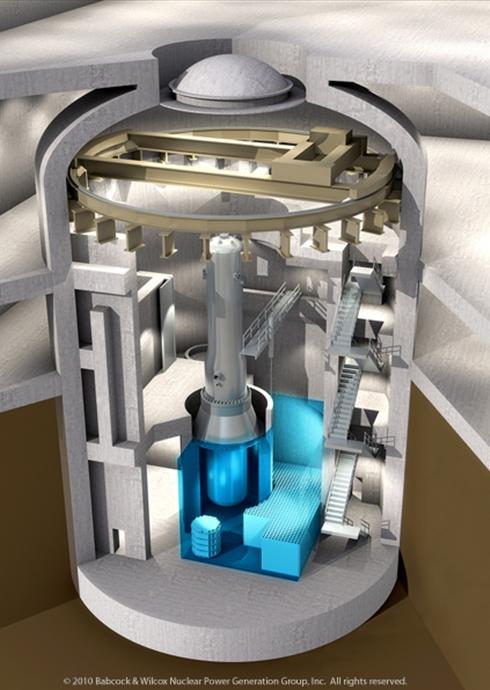 An example of a SMR.

SMRs are actually not a new concept. The US Army experimented with Stationary Low-Power Reactors in the 1950’s for use in arctic stations. Unfortunately, the design and operation was flawed, resulting in the SL-1 meltdown which killed three operators.

Former Canadian Defense Minister Paul Hellyer is up to his old tricks again. Mr Hellyer is the only official of a major government to publicly admit to the existence of aliens. You know, those little grey guys that Mulder and Scully were chasing down back in the 90’s. Hellyer made his first public declaration in 2005 and has since stated there are eighty different species of aliens, most of which either don’t care or are not willing to help us.  Of course, they don’t help us because we are too “warlike” and because we have nukes.

Somehow I get the feeling that they are fully capable of dealing with nukes, having mastered interstellar travel and all that.