In which, Andrew, Tracy, and the Dude take on X-men: Apocalypse.  In this episode, we revisit Dude’s mildly disturbing affinity for Michael Fassbender, discover that Tracy fixates on strange details in movies, and that Andrew once again pulls oddly specific and not-so-oddly relevant minutia from the depths of his brain on demand.

END_OF_DOCUMENT_TOKEN_TO_BE_REPLACED 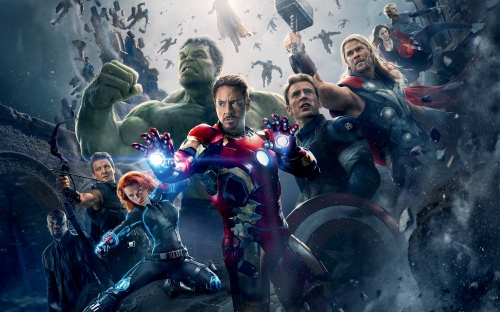 In which, the Therefore I Geek regulars, Andrew and Tracy, staff writer Kurt Klein, and guest writer Becky Krantz discuss Avengers: Age of Ultron. We learn that Ultron’s origin story is awkward because it got majorly changed from the comics, that Andrew has learned to recognize Buffy-speak, and that compliment sandwiches are actually critique sandwiches, because, “Sandwiches are defined by what’s in the middle.”  Becky brings some brilliant semi-feminist insights to the group, and Kurt anchors the conversation with some differing opinions.  In general, everyone is pretty enthusiastic.

END_OF_DOCUMENT_TOKEN_TO_BE_REPLACED

Gail Simone, the outspoken writer of Batgirl has started a new Tumblr page dedicated to giving advice to people who want to get into the comics industry. Even though it just started the page already contains several good articles covering a wide variety of topics from experts. I’d once heard someone likening breaking into the comics industry to breaking out of jail, in that once someone accomplishes it, their route is closed up behind them. Hopefully this page will take away some the mystery and help some creative folks get into the industry.

I’ve also heard other things compared to prison life, but they shouldn’t be repeated in polite company.

A little less than 10 months separates us from Avengers: Age of Ultron and although we haven’t seen much in the way of stills (and no trailers yet) fans were treated to a little preview thanks to Avengers director Joss Whedon. Joss states that both Quicksilver and Scarlet Witch will be fighting with Ultron and that we will be introduced to Vision. Whedon wouldn’t go into details of course, but just that little bit has already sparked my curiosity.

For now, I’ll just keep calm and count down to Guardians of the Galaxy.

Finally here is an opinion piece from Comics Alliance about the wave of announcements that came out of Marvel this week. Starting with a female Thor and then Falcon taking up the mantle of Captain America, the internet has been abuzz with activity and rumors. I’ve go no issue with a new, black Cap, though I think the article’s author has a point that a new Falcon book would have been a better idea. What I’d really like to know is who the female Thor is. At first there were rumors it would be Angela, which I feel works out just fine, since she was still pretty out of place, but later images released show Angela and Fem Thor on the same Avengers team. So unless their screwing with us, I’ve got nothing.

I really hope we’re being screwed with.

The phrase “summer blockbuster” may as well have been coined for X-men: Days of Future Past.  This monolith of cinema was released on Thursday, just in time to dominate the long, holiday weekend, and I went and saw it twice in preparation for this review (mostly because I forgot my notebook the first time, but I digress).

While comic fans probably have a lot of gripes about this movie, and rightly so (yes, this was supposed to be Kitty Pryde’s movie; yes, some of the characters were not true to their comic book profiles), the movie itself was an entertaining ride from start to finish.
END_OF_DOCUMENT_TOKEN_TO_BE_REPLACED