In which, Tracy and Dude follow up on the previous podcast on freedom of speech with a podcast on censorship and how it is different for geek culture than it is in the larger American culture.  We discuss the difference between bottom up and top down censorship, the difference between voting with one’s wallet and screaming for censorship of art, and why the religious right of the 80’s and 90’s are both similar and not to today’s third wave feminists and progressives.

END_OF_DOCUMENT_TOKEN_TO_BE_REPLACED

ECCC: The Good, The Bad and The Ugly

Although it’s been a couple of weeks since I attended (blame Game of Thrones), it’s time to present Emerald City Comicon: The Good, The Bad and The Ugly.

Well the most obvious good thing about this convention is Seattle itself. This place is a geek mecca. With Microsoft and Boeing just down the road, this is a city that embraces its geekyness. The downtown area reminded me a lot of Manhattan, only cleaner.

I was surprised by the size of the convention. I assumed it would be a mid-sized convention, like Phoenix or Baltimore, but it was about the same size as NYCC was a few years ago. As far as the types of guests and exhibitors were concerned, there was a nice mix. Marvel, DC, Image and Dark Horse all had some presence there, though neither Marvel nor DC had a booth. There were lots of small press and web-comic people, which is really fitting given Seattle’s image. I stopped by the booths of two of my favorite web-comic creators, Danielle Corsetto of Girls With Slingshots and Kris Straub of Starslip. It’s always nice to see people like them at these shows.

Speaking of seeing people, I was able to attend both Marvel Q&A panels. Speaking from experience, Q&A panels can go very badly, very quickly, but I was pleased that both of these panels went smoothly and had interesting content.

ECCC had the largest number of volunteers I’ve ever seen at a convention.  I could not turn around without seeing a green shirted “minion” doing something. From escorting the special guests to manning information booths and even directing the flow of traffic, they were absolutely everywhere. Minions were also responsible for enforcing a zero tolerance policy on harassment of cosplayers. More conventions need to take this proactive approach.  Harassment should not be tolerated.

Another great thing about the convention: there were some amazing cosplayers running around all three days. I was only able to get pictures of a few of them, but take a look below for some of my favorites. 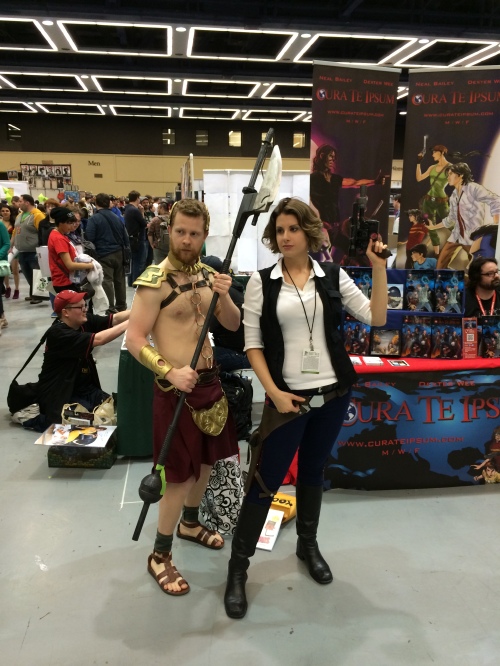 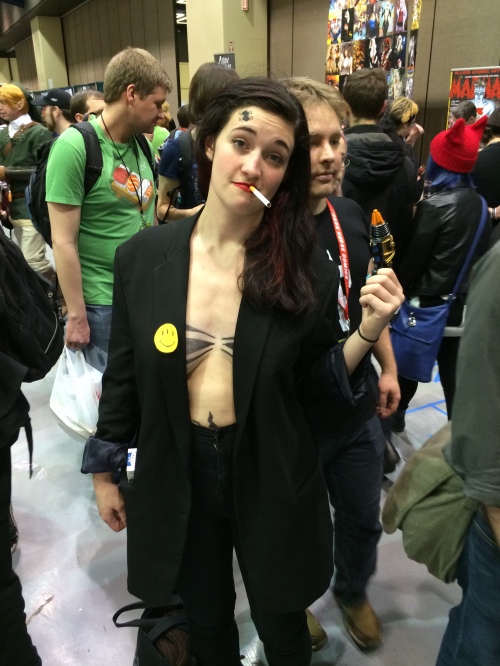 ECCC was a smash hit. This is overall a great thing. The only downside lies in the fact that the show was a bigger hit than the show organizers were expecting. Line management was an issue at times, though the minions did their best to maintain order. ECCC employed a novel concept in which they limited lines for popular artists and writers by having a minion close them down for a period of time. This was likely due to space concerns, but it seemed to function pretty well.

Another issue that resulted from attendance was that there was limited space in some of the panels. While this is often the case at major conventions, I was surprised at the small size of many panel rooms. Even panels that one would expect to attract a sizeable audience were located in relatively small rooms. One panel I attempted to go to was standing room only a full thirty minutes before the panel started. Needless to say, I did not stick around for that one.

I honestly can’t think of anything truly ugly. The closest I can come to an ugly is pretty much un-fixable: the layout of the venue. The convention was spread over four floors of two buildings that were only connected via a skyway on the fourth floor. Not all the areas in the center are easily accessible from all other areas so I really had to plan my route in order to get from one point to another. While I wasn’t thrilled that the gaming area was in the hotel across the street, there was just no room for it otherwise, and the space it ended up in actually worked out pretty well.

While I don’t plan to do so any time soon, Emerald City Comicon is definitely on my list of return destinations. Seattle is a great city and they put on a fantastic event.