Editorial | Sometimes All It Takes is a Letter

There was a whole lot of internet hubbub just a few months ago regarding DC’s lack of female leads in their cinematic productions.  Adults have been blogging, posting on message boards, often ranting about DC’s apparent non-interest in their female audience.  However, one consumer apparently did the smart thing and took her complaint straight to the source.  Rowan Hansen, age eleven, took it upon herself to write to DC requesting more female action figures and leading roles in movies and TV series.

While the letter’s wording sounds suspiciously like someone a little older may have helped Rowan with some of her rhetoric (the line which reads, “Marvel comics made a movie about a talking tree and a raccoon awesome…” sounds particularly suspect), and some of her facts aren’t quite as factual as one might like (she mentions that DC doesn’t have a Wonder Woman show, but in fact there was a Wonder Woman TV show at one time–although she isn’t old enough to remember it), her decision to write this letter does highlight an important fact about geek culture and capitalism writ large:  voting with money is nice, but usually has slower and more indirect results than a direct request to a producer. END_OF_DOCUMENT_TOKEN_TO_BE_REPLACED

Of course the biggest news this week is the announcement of an all female cast for the reboot of Ghostbusters. Reactions have been mixed and I have to say that I’m a bit skeptical myself. Now, to be clear, I have no issue with the fact that it’s an all female cast, or any of the specific women that were cast. My skeptisism comes from the idea of the movie being a reboot. Sure, I’d love another Ghostbusters movie and when this one comes out, you can bet that I’m going to go see it. But as a friend of mine recently put it, why would you reboot what is possibly the most perfect comedy in history? Unfortunately, no matter how good the movie is, it is likely that people will think less of it because of its amazing predecessor. On the positive side,  both Dan Aykroyd and Ernie Hudson have come out in support of the new cast (as has Terry Crews).

END_OF_DOCUMENT_TOKEN_TO_BE_REPLACED

Since our change in programming, Tracy and I have been debating what to do in the event of a fifth Friday in the month. In the end we decided to review various geek products and services. It gives us a chance to enhance our geeky lives, and lets you find out if things are worthwhile, without having to drop that oh-so-precious cash only to be disappointed. This month we’ll be talking about Loot Crate. 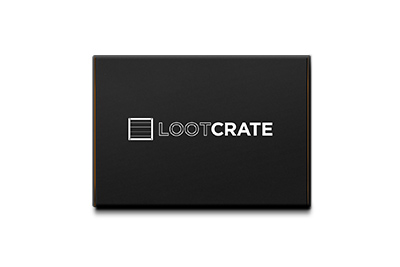 END_OF_DOCUMENT_TOKEN_TO_BE_REPLACED

Ever notice how geeks love to decorate their shelves with geek stuff? We love to put up action figures or statues or other representations of our favorite stuff where everyone can see it.  Often times it’s arrayed like a grade school diorama—never located far from its source material (the Batman figure goes next to the Batman books, duh). 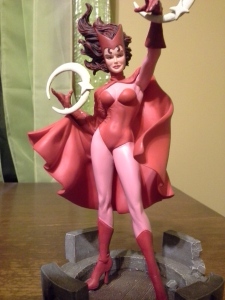 Fortunately,  It isn’t necessary to go as far as he does in order to bring a touch of geek to your otherwise mundane furnishings.  The vinyl figures from Funko are very affordable at the $10-15 range.  Also keep an eye out for sales at your local comic book store.  If there is something that you’ve had your eye on for a while, but it’s out of your price range, check during the special sale times.  Of course, there is always a geek convention. I’ve found the best deals on Sunday when the show is wrapping up and people don’t want to take stuff back with them.

If you’re looking for ideas on how to set up your display, there are plenty of resources to use.  There are several websites and blogs that are solely dedicated to the art of shelf porn, often allowing users to share pictures of their creations for inspiration and critique. Your local comic book store is once again a great place to check out.  Most comic books stores recognize that appealing displays will attract more customers and sell more merchandise. You might not be able to replicate their display exactly, but it could spark an idea or two.  Finally there is the source material.  It’s always fun to recreate a favorite scene, or a scene you’ve always wanted to see. The possibilities are endless.