In which, Andrew celebrates his bachelor party in true geeky fashion at Phoenix Comicon 2016 with the Dude.  They discuss the growth of the convention in the past few years, unusual panels, awesome guests that they bumped into (including an unknown relative of Dude’s SO, and some cool board games that the guys got to play.  Mitch Gerads, the artist of Sheriff of Babylon, makes a surprise guest appearance introducing the show.

END_OF_DOCUMENT_TOKEN_TO_BE_REPLACED

Therefore I Geek Podcast Episode 62, The Essence of Superman 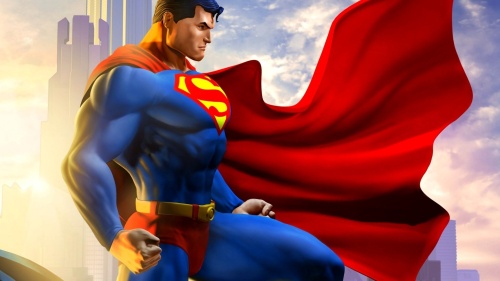 In which, the guys discuss a topic very near and dear to Andrew’s heart: what is it that sums up the existence of Superman.  Dude is actually on the east coast for this one and the energy in the room is palpable.  The quintessential argument on the table is whether or not Zach Snyder’s Man of Steel, in which Superman breaks Zod’s neck, is an accurate interpretation of who Superman is and should be.

END_OF_DOCUMENT_TOKEN_TO_BE_REPLACED

In which, Andrew and staff writer Joseph De Paul AKA Dude get together to discuss cost-of-living in various areas of the country… just kidding, they are talking about tabletop war games, from the very beginning.  Dude provides a pretty thorough, concise definition of a war game, and he and Andrew discuss the moment when they realized that loving tabletop miniature games is not a given in everyone’s lives, and the moment when they fell out of love with them.  They both admit that they have never played Settlers of Catan (at which Tracy was duly horrified).  Dude also describes what is, in his opinion, pretty much the perfect war game: Commands & Colors Ancients, and discusses why he thinks girls don’t like playing wargames.

END_OF_DOCUMENT_TOKEN_TO_BE_REPLACED

This week’s post, as well as the next several Thursday posts are going to talk about something that I know is a frequent problem throughout the geek community: I’m specifically referring to depression.

While not a “geek specific” topic, depression has always struck me as something our community tends toward more than many other social groups. I say this from experience. From late high school right up through the present, I have had intermittent bouts of depression. I have not specifically been medicated for depression, but I have taken anti-depressants at various times (specifically Zoloft, prescribed to help with Tourette’s syndrome). At the moment, things are going quite well, but that has not always been the case. Parts of college were particularly awful. My sophomore year was the worst and when my depression combined with insomnia, cluster headaches and horrific nightmares, I was very nearly at the point of suicide. I saw no end to everything that was hurting me and I didn’t know what to do. That’s not to say that suicide ever struck me as a good idea, but I was nearly out of other ideas. The only thing that kept me from pursuing that option further was the fact that I had a solid group of friends. END_OF_DOCUMENT_TOKEN_TO_BE_REPLACED