END_OF_DOCUMENT_TOKEN_TO_BE_REPLACED

This coming Monday is legendary comic writer Alan Moore’s 60th birthday.  The outspoken Moore is arguably the most influential comic writer of the last thirty years (if not longer).  His most famous work, Watchmen, made Time Magazine‘s list of the 100 greatest novels. Please note that this list is not for graphic novels, but NOVELS.  That means it’s on the same list as To Kill a Mockingbird, Lord of the Rings, The Great Gatsby, and 1984, among many others.  Alan Moore has also had a considerable number of his works made into films (Watchmen, From Hell, League of Extraordinary Gentlemen). 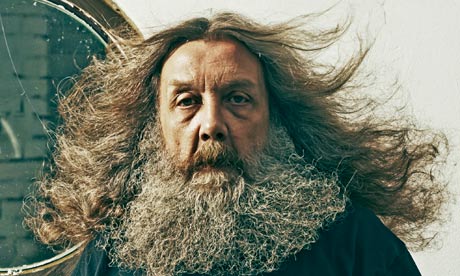 In early celebration of Mr. Moore’s milestone birthday, we would like to share a magical journey with Mikey Mason and Alan’s most distinctive facial feature, his beard.

In further comic news, Apple has decided to pull Matt Fraction’s Sex Criminals from the iOS Marketplace. It’s not at all surprising that Apple has chosen not to allow issue three after choosing not to sell issue two, but what is surprising, and more than a little concerning is their decision to pull issue one from the market a full two months after it was released.  Apple is known for being exceptionally tight-lipped about how they determine what content is suitable. While no one questions whether Apple should be free to make any policy they want regarding what is sold through their apps, there is a concern that their policy is becoming de facto censorship. Without clear definitions of what is or is not disqualifying, it is up to someone at Apple, instead of the consumer, to determine whether something is offensive.

After the final vestiges of the Comic Code were officially reversed two years ago, it would be a real shame to see retailers setting up their own private versions of the Code.