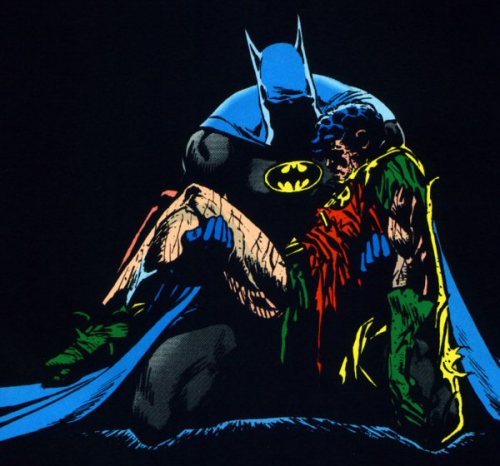 I remember watching a documentary on the history of comics in which the host interviewed Denny O’Neil about “A Death in the Family,” the Batman story arch in which Joker kills Robin. O’Neil talked about a time that he had been asked by someone what he did. To his surprise, after he happily told the man that he was the editor of Batman, instead of engaging in a pleasant conversation about his job the man started yelling, in a rather upset tone, to those around him that O’Neil was the man who had killed Robin. It was this event that caused O’Neil to realize that writing comics was not just a profession. What Denny O’Neil had failed to realize was that not only was he a comic writer (editor at the time) but that he was also the caretaker of these beloved characters. END_OF_DOCUMENT_TOKEN_TO_BE_REPLACED