In which, the hosts of Therefore I Geek reach a full consensus about a Star Wars movie for the first time in their careers, nearly causing Dude to rage-quit.  The crew discusses why star destroyers don’t use their main artillery, the ridiculous design of the giant satellite tower, and why Dude doesn’t like Felicity Jones.

END_OF_DOCUMENT_TOKEN_TO_BE_REPLACED

Staff Writer | Star Wars: I love the Universe, I don’t like the movies 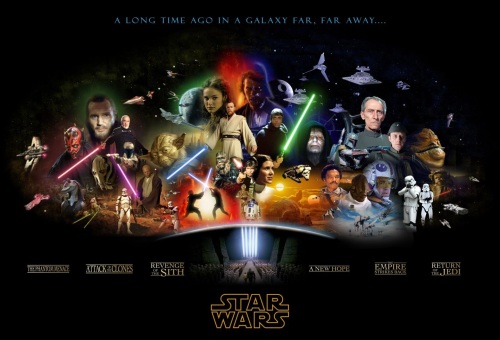 Star Wars: The Force Awakens released just a couple of weeks ago. Like many Star Wars fans I was there opening night. But as I purchased my tickets, I was stunned at how fast the time had passed by from when Disney bought the franchise from George Lucas back in 2012 and announced the next trilogy of films. I have been almost totally disengaged from the built-up to this movie. Yes, I checked out ever trailer and most every article I happened across, but I wasn’t jittery with excitement the way I was for The Hateful Eight this year. END_OF_DOCUMENT_TOKEN_TO_BE_REPLACED 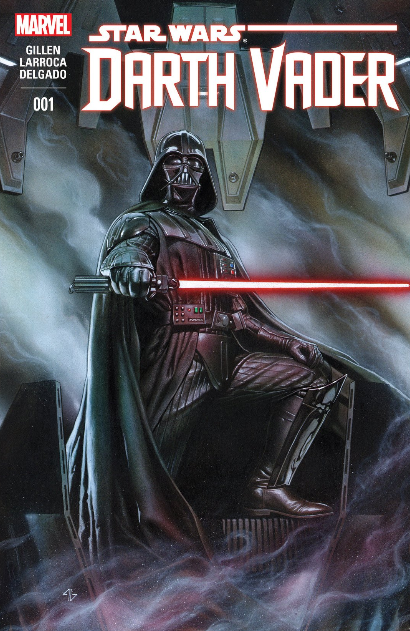 Darth Vader, the Dark Lord of the Sith, is now the focus of his very own comic from Marvel. While this is only the first issue, I am pretty pleased and am looking forward to seeing where the rest of the series is going.

The comic picks up shortly after the events of Star Wars #2 and not long after A New Hope, with Vader trying to enforce the Emperor’s will after the destruction of the Death Star. The book opens with Vader paying a visit to the notorious gangster Jabba the Hutt on behalf of the Emperor, after Jabba’s emissary was intercepted and replaced by Han Solo in Star Wars. Vader is a day early, however, and has a personal matter which he would like to address with the Hutt gangster. Kieron Gillen seems to understand Vader’s character much more than Jason Aaron does with Star Wars.  Vader acts and talks exactly the way I would expect him to. In a franchise series like this, where the characters are so well known, it really stands out when characters act and sound contrary to the established norms and it really takes away from the story for fans. The reason that fans buy comics like this is that we want further adventures of our favorite characters.  In order for that to work, they need to be recognizable. END_OF_DOCUMENT_TOKEN_TO_BE_REPLACED

Given that today is my birthday, I thought I’d share some of my favorite comics. Most of these are trade paperback or hardcover collections, but they’re also available in individual issues if anyone feels the need to hunt them all down. They are also in no particular order, aside from the order I found them on my book shelves. END_OF_DOCUMENT_TOKEN_TO_BE_REPLACED