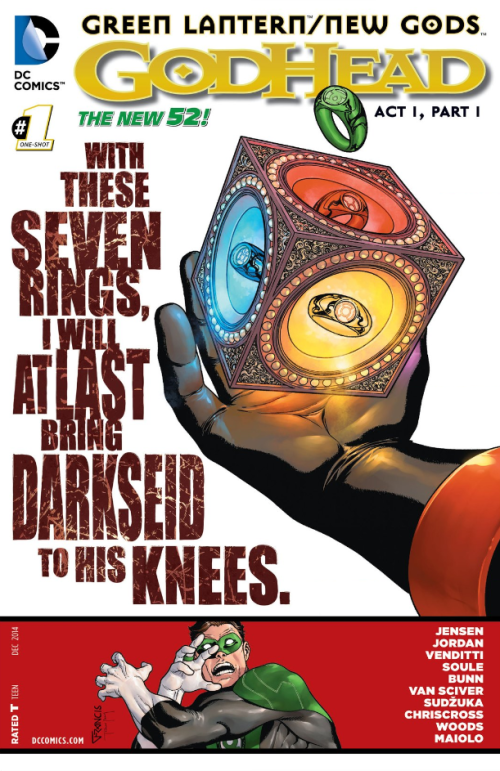 I don’t know why I keep reading Green Lantern titles. Maybe it’s because it is one of the two families of books I picked up when I first started reading comics (X-titles being the other). At the time, Green Lantern and Green Lantern Corps were amazing books being written by Geoff Johns. Less than a year into my comic reading the “Sinestro Corps War” story line began and I was blown away. It is with that in mind that I decided to pick up Green Lantern/New Gods: Godhead.