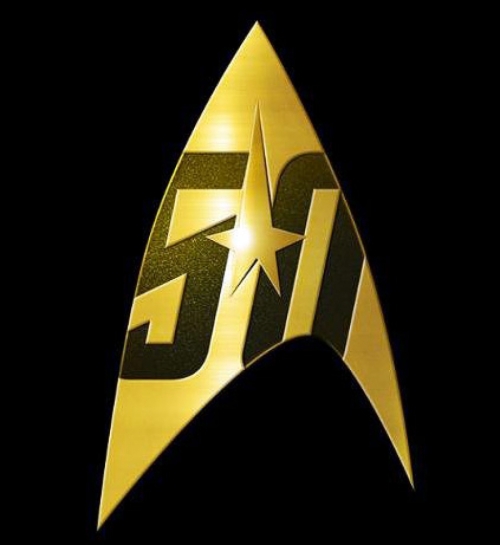 In which, Andrew and Dude discuss the 50th anniversary of Gene Roddenberry’s vision of a better humanity; namely, Star Trek.  They recount their first encounters with the show, how the show actually began, how the show was saved by the fans, and especially the utopia that Roddenberry envisioned in the future.

END_OF_DOCUMENT_TOKEN_TO_BE_REPLACED

Editorial | Review: Into the Woods

Into the Woods is the holiday movie that stitches together several of the Grimm brother’s fairy tales into a single yarn with fantastic sets and brilliant costumes, not to mention magnificent special effects.  Based on the Broadway musical, this adaptation gets a lot of things right, although I did find a few aspects either odd or off-putting. END_OF_DOCUMENT_TOKEN_TO_BE_REPLACED

“Then said they unto him, Say now Shibboleth: and he said Sibboleth: for he could not frame to pronounce it right.” Judges 12:6 KJB

The ancient Israelites used the word shibboleth as a passcode to prevent enemies from entering into their midst. In much the same way, modern geeks use various phrases and inside jokes to determine those who are one of them, and those who are “outsiders”.

The concept of the geek shibboleth isn’t mine. While accidentally sitting in a discussion panel for The Princess Bride at MarsCon, one of the audience members said that “Inconceivable!” was the geek shibboleth. When one geek says “Inconceivable!” and his companion responds, “You keep using that word. I do not think it means what you think it means” the geek knows that not only has his erstwhile companion, now dare I say friend, has seen The Princess Bride, but that he knows it well enough to have learned the lines and feel comfortable in repeating them in public.  In short, he is one of us. It’s likely these two have other favorite movies, books, and shows in common. It won’t be hard for them to start building a friendship.  This got me thinking (and as we all know, that is a dangerous thing).  Sure, I agree that “Inconceivable!” is a password that grants access into world of geeks, but I believe that there are plenty of other examples that could also be considered a shibboleth.

The best example I can think of is also one of the most classic: “May the force be with you.”  In the documentary Galaxy of Dreams they describe the phrase as being used in the 1970s by those who had seen Star Wars to identify other people who had seen the movie.  It’s simple yet effective.  For those in the know, nothing else needs to be said, and for those who don’t know, the phrase passes without notice.  It was one of the earliest phrases that had wide spread usage in the geek community, and was often seen on bumper stickers and t-shirts.  Unfortunately at this point, everyone knows “May the Force be with you,” so its function as a password is probably not useful as it once was.  In its current form it serves as more of a legend to denote to the rest of the world that here be geeks.

So what’s the difference between a shibboleth and just another great one-liner? While one-liners are lots of fun to quote, they don’t quite have the same meaning behind them. They don’t open the door to the universe like a shibboleth does.  Game of Thrones has hundreds of great lines, but only a few of them are so readily identified with the show that they will immediately bring to mind the world these lines occupy.  Among those are “Winter is coming,” “John Snow knows nothing,” and “Hodor”.

“John Snow knows nothing” is perhaps the best one, if for no other reason than it’s not actually a quote.  Nobody in the series actually says that line, but it’s something that has become associated with the show. The second I say it to someone who has seen the show, they are instantly in the mind set of Game of Thrones, whether they agree with the sentiment or not.  Another great example of the not-quite-a-quote is “Beam me up Scotty.” Captain Kirk never actually said that in The Original Series—though he does say several variations on that theme.  Still, to millions of Trekkies and other geeks, it is a code word.

Apparently, this man knows nothing.

There is no one single password that will get you admitted into the halls of geekdom. This is due in large part to the sheer size of what is considered geeky.  Maybe back in the 1950’s this would have been easier because the geek canon was so much smaller, but nowadays it’s not so simple. Some of us choose to be jacks of all trades and know something about everything, and therefore know most of the major phrases that let us into the societies of many fandoms.  Others choose to be masters of their chosen genre and know every little detail and every quotable  phrase.

Oddly enough, geeks have never been the most approachable people, which is probably why we have embraced this idea of a “passcode” to determine if people are already in the know. If we are not careful however, we can exclude those who are genuinely interested. This kind of thing does us an injustice and perpetuates stereotypes. We must be careful to be welcoming while retaining that which makes us geeks, passwords included.