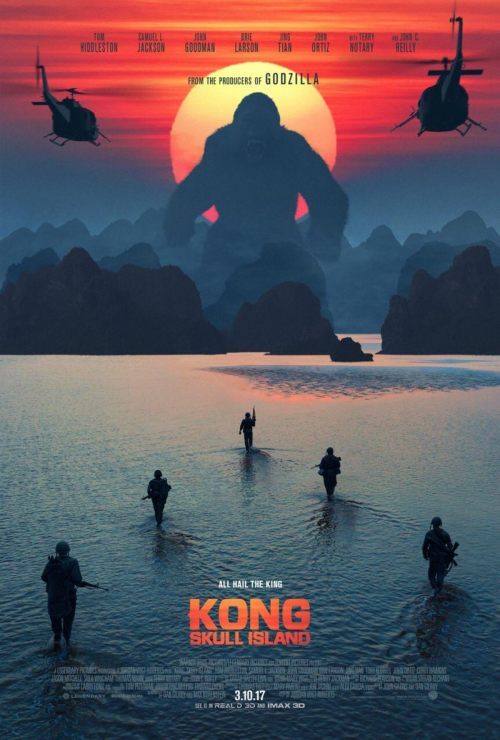 In which Dude and Andrew indulge their love of monster movies and review the brand new Kong: Skull Island. There is quite a bit of good, but also some noticeable stupid along the way. The pair also round out the episode with yet another cover controversy and questions about Stan Lee’s health and how good he really is at female diversity.

END_OF_DOCUMENT_TOKEN_TO_BE_REPLACED 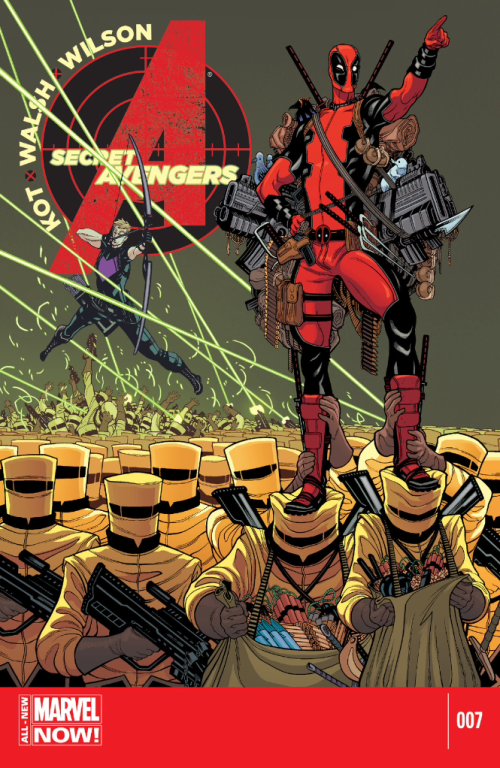 I’ve been very hopeful for Secret Avengers and so far in the series I haven’t been disappointed. With issue #7 however, I’ve become extremely worried, and it can all be summed up in one word…Deadpool.

It’s no secret that I’m not a particularly big Deadpool fan. I got into comics right as Deadpool got huge and I was unimpressed with all of the Deadpool titles in print at the time. They tried way too hard to be funny and fell flat every time. The latest issue of Secret Avengers takes everything I couldn’t stand about Deadpool and turns them up to eleven. For several pages, Deadpool argues with the writer off and on while talking about living in a comic book, much to the confusion of the other characters, not to mention myself. Yes, that is correct:  Ales Kot is writing Deadpool having an argument with himself (Kot) about how his writing of Hawkeye isn’t as good as Matt Fraction’s. I’m fairly certain most mental health professionals would have something to say about this. When Deadpool isn’t in the picture, the book is still pretty solid. I’m still really having fun with Spider-Woman and Vlad the talking bomb and their bizarre relationship. I’m perfectly fine with goofy stuff in a comic book, but my advice to the writers is to stay in the comic and keep reality out of it. END_OF_DOCUMENT_TOKEN_TO_BE_REPLACED