In which, Tracy has a cold and her voice sounds all husky and amazing.  But actually, we are talking mostly about non-universe comic book movies with lots of long diversions into all kinds of other topics.  We also comment on comic books that should be made into movies. END_OF_DOCUMENT_TOKEN_TO_BE_REPLACED

It’s well known that stormtroopers don’t exactly have the best life. The Imperial military is a tough organization to be a part of and quite honestly, the average life expectancy of a stormtrooper is like five minutes. But if you’re interested in the more intimate details of a stormtrooper’s daily life, we have some insightful pictures that may give you the insight you desire.

It’s nice to see they also have some fun between all of the dying and poorly aimed shots.

Publisher’s Weekly performed a survey of comic retailers and recently published the results. While the survey was relatively small, it did provide some interesting information about the state of the comics industry. Obvious to most people was that comic readers are moving away from the big two and embracing new creator owned content. Most interesting was the fact that female comic readers are on the rise, specifically with digital comics. Whether this increase will transfer to brick and mortar stores is still unclear. 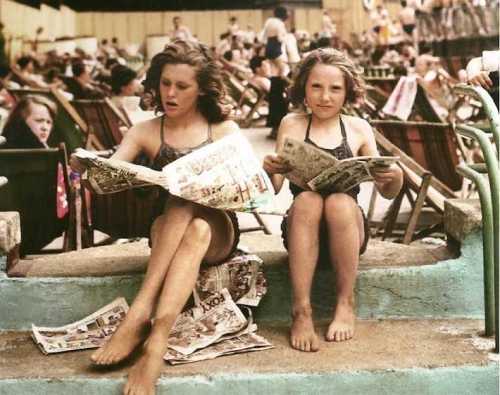 Comics Alliance correctly points out that what we need most is additional research.

With Game of Thrones being the insane hit that it is, it’s hard to remember that at one point it was just an idea in the head of one man.  Rolling Stone recently took the time to sit down and interview George R.R. Martin. The interview is fantastic and provides both Martin’s personal history and the origins of A Song of Ice and Fire. It’s hard to imagine that this epic series all started with the idea that became the opening scenes of the A Game of Thrones,

The interview took nearly ten hours because Martin loves to talk about nearly everything.