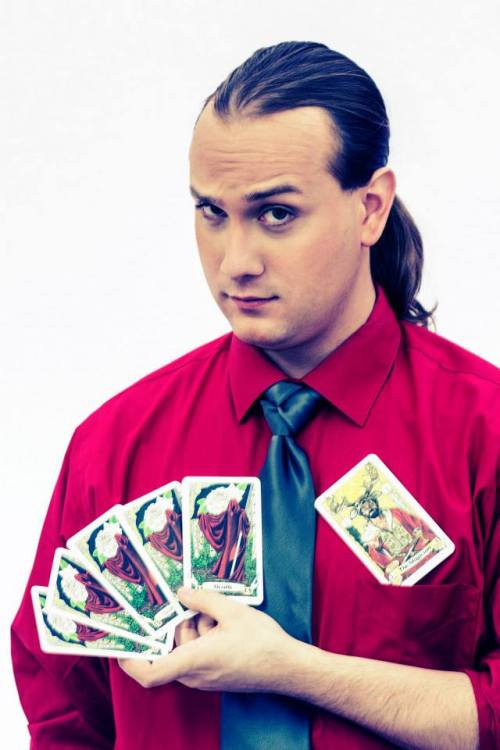 Joseph De Paul is a Comedy Magician based in San Diego California.

He likes to think of himself as an all-purpose nerd and geek, or dork as on ex-girlfriend was fond of calling him. He loves movies, comics, books, opera, theater, musicals, magic and anything that would get a kid beat up in high school during the 90’s.

Joseph has been playing video games since Atari but counts himself among the Arian race of PC gamers. His tastes include strategy, first and third person shooters, and adventure games.

His primary passion is performing comedy magic anywhere he is allowed.

When he is not performing or yelling at people for no liking the movies he does, Joseph’s job is to prevent the ships of the US Navy from turning into rust.