Now-a-days it is very hard to be a part of anything geeky without the topic of gender/sex coming up. It’s a topic I am fascinated with. Fans of things like comics, video games, or action movies are stereotyped as overweight, socially awkward man-children. Of course, this is not a perfect representation of geeks, as anyone who reads this site could tell you. 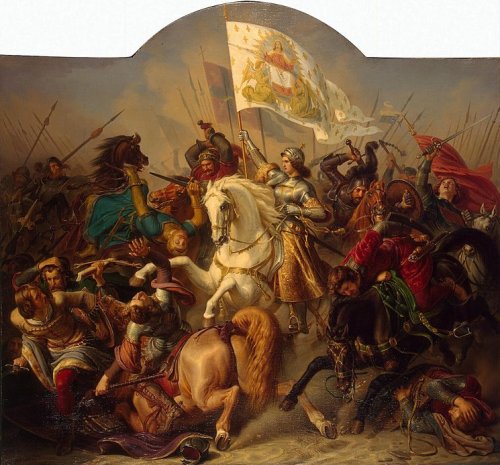 However, one can’t escape the fact that boys tend to outnumber girls by a wide margin in other areas of geekdom. One of the place where this is most apparent is among the very niche genre of war-gaming. especially table top and board games. While the gals have proliferated almost every other realm of geekdom, however this is one in which their presence is almost non-existent. I want to figure out why, if possible and what it tells us, if anything?

I have a special place in my heart for table top and board war games, from the time I started playing them as a teenager, around age thirteen or fourteen. I was into the Games Workshop games (of course) like Warhammer Fantasy Battles, Lord of the Rings, Warhammer 40,000 (this is how Grand Poo-bah Geek Andrew and I met in college), and Battlefleet Gothic (my favorite); plus, board games such as Risk, Axis & Allies, and others like them. Lately I rediscovered another board game series called Command & Colors. (I say rediscover because I bought the game in 2009 and left it storage until November 2015!)

I really like Command & Colors. It, along with a few friends who are into playing board games, and the overall sudden emergent popularity of board games have spurred a new enthusiasm in me for board games and have gotten me thinking about the different types of games that men and women like to play.

This is when I noticed how few female war gamers—top table or otherwise—there are. That is to say, next to none! I have no clue how many women as a percentage would identify as a war gamer, but I feel very safe in saying the number is low. If anyone has any numbers, I’d sure like to know.

The first question was why aren’t they playing war games now? Is the something inherent in war games that turn women off of them and would they have to change to be more appealing to women? Or maybe war games are something that culturally women haven’t gotten around to yet and will eventually match their male counterparts in proportion in due time without any changes needed? I don’t know! But it might be fun to find out. 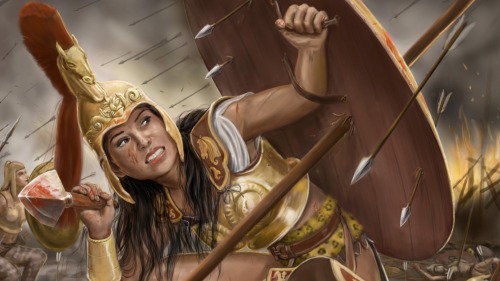 After playing C&C with a few people, all new players and all guys by the way, I noticed how much they liked it, how easy it was to set up, teach and play. That’s when it hit me. Could I get women to play this? And would they like it?

One of the problems with the war games from companies like Games Workshop, Spartan Games, and others create is that they are very daunting to start. They have a huge learning curve with dense rule books, a big financial investment, and in the case of miniatures, a pretty hefty time commitment to build and paint the models. Not to mention the games can be long. I think this is a major turn off for many people, but in particular this may be one of the reasons women aren’t playing them, or even attempting to play them.

Yet C&C doesn’t suffer from these short comings. It is very simple in terms of rules, is entirely self-contained, and is pretty fast paced. A game is over in forty-five to ninety minutes. If I could remove all the other crap that would otherwise be a barrier to entry, and just get right to the fun part, the game play, maybe I would find some of the answers I was looking for.

I decided to see if I could put together something I don’t think I have ever seen before: two girls playing a tactical war game against each other. I would than observe how the react to it and get their feedback.

As luck would have it, I had the chance to put this to the test. On New Year’s Eve, during a game night with some friends, I had the opportunity to get two women to play a 1v1 tactical war game. The game would in fact be Command and Colors: Ancients. The two ladies knew going into the game night that it was coming, and were willing to participate. After we all played a number of large group games, we took to going to war. 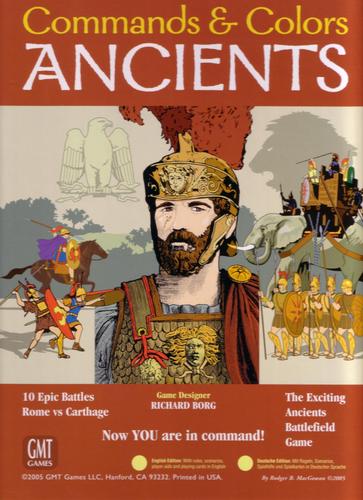 A brief overview of Command and Colors: Ancients and how it is played is covered pretty well here.

I selected this game for several reasons. First, I own it. Secondly, unlike many other war games of the 1v1 nature this one I could easily set up and explain and both new players could jump right in. The ladies didn’t need to bring anything to the table, it was all in the box. This game also focuses on tactical combat with armies lined up across from one another ready for battle. So unlike Risk where players just role dice, the ladies will have to out maneuver each other, plan ahead, and aim for favorable matchups. Lastly, it’s simple. This is not to say ladies can’t handle a dense complex game, but having played a number of game nights with women I noticed an aversion, at least initially, to complex, competitive games. I wanted the game for my experiment to be as simple as possible to overcome that.

Donelle, playing for Carthage, is a regular Dungeons and Dragons player for the last year and loves it. She plays other board and card games like Munchkin, but not with much regularity. She also plays video games and most recently played through the whole Bioshock trilogy. Her war game experience is very slim, as in, maybe a game of Risk when she was younger.

Siobhan (pronounced: Shah-Von), playing for the Greeks, is a casual player of board and card games as well as D&D. Most of the games she plays are co-op or deck building games that involve three to six players like Dominion and 7 Wonders. As far as war games are concerned her experience is about as limited as Donelle’s. She has played Star Craft and Stratego, however.

Both ladies are in their late 20’s and early 30’s. This is what I was hoping for, two players who didn’t have much in the way of playing experience in war games of this type. However, they like and play games.

The Battle of Akragas 406 BC:  The battle scenario is taken right out of the scenario book provided by the game and only covers a small portion of the larger siege. There is no army building/selection or player determined deployment, it was all determined by the book. This was important to me because I wanted to get right to the combat and keep it simple. It was also 1am when we started.

I didn’t give them much in the way of tactical advice, in fact the Greek player demanded that I not. All I advised was to get heavy troops into combat as soon as they could and try not to leave other troops out in the open alone. (Incidentally I should have clarified the latter since one of the players took it to heart too much and I think it hindered her movement on the board.) I did this because I was fascinated to see if the girls would play any differently than the way guys would.

I’m not going to do a battle report. The battle itself was rather close and both women played well and seemed to have fun. All I did was explain any rules questions. It ended with a close victory for Carthage. 5 to 4 banners in favor of Carthage. On the whole I think both ladies played the same way guys would play if those guys were playing the game for the first time. There really wasn’t much of a difference.

The only thing I did noticed was that both players relied on missile troops more heavily than the combat troops. There seemed to me to be reluctance for both generals to commit to melee combat. I found this very interesting and asked about it later.

So what did I learn? Well. I think it only opened up more questions than answers, which is what I expected. And what did the ladies think? In the next post you are going to hear from the ladies themselves about if they liked the game, if they would play it again, and why in their opinion war games have so few female players as well as how and if that could or will change.

As a side note: Like said before I wonder if war games, by their very natural were unappealing to women. I found it quite humorous that when it came to take the game out and start setting it up another lady who was a part of the game group that night openly and unprompted expressed her disinterest in war games. She left during the set up.