Christmas is only a couple days away and the time is nigh to think up some cool gift to make up for the fact that you got behind doing other things. Here are a few really neat ideas you could purchase and have drop-shipped to the intended party’s house just in time for… well… New Year’s. It’s the thought that counts, right?

First up, the CTA digital bowling ball for Wii ($19.99). This fun little gadget really is more for aesthetics and feel than it is a practical purchase, in my opinion. Still, anyone who has done it knows that bowling on the Wii is ridiculously fun for almost any social gathering, so having a couple of balls to toss around and accidentally destroy various holiday decorations after becoming inebriated will really brighten up the faces of your guests. Do not forget to tighten the wrist strap! Fortunately, the ball weighs just over one pound, so the potential for destruction from accidentally released balls is not all that bad. The ball itself splits in half and the wiimote fits into the middle. There are buttons on the outside of the ball that allow for full control of the game and they are well placed to allow for easy playing.

Next is Aftershoks Gamez Bone Conducting Headphones ($99.99). These bad boys are really cool. They vibrate the wearer’s skull instead of the air so they can hear outside noises as well as in game ones, but they do not have the high fidelity that an audiophile would want for listening to music. Why would you want to give these as a gift? Because most reviews say they work really well for speech. If you know any hard core gamer that really is into squad tactics for the latest Call of Duty or other similar shooter, then these will allow him or her to listen to friends on-line while running the game audio through the normal stereo system. Unlike a normal set of good headphones, these keep your ears from getting sweaty, they look sleek, and who wouldn’t like to be able to say that they have headphones that bypass their eardrum and vibrate directly to the cochlea? Sounds bad-ass. It is. 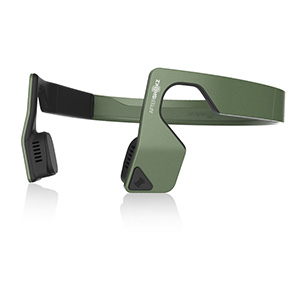 This gift is for anyone who spends significant time in front of computer screens: Gunnar RPG Gaming Glasses by Razer ($99.99). These glasses are a practical gift for not just the hardcore gamer on your list, but also the working professional. They are designed to filter out the blue spectrum from computer monitors and thus reduce eye strain and improve visual acuity. There are many styles made by Gunnar, but the RPGs were designed with gaming in mind.

Every PC gamer needs a mouse and the Alienware ROCCAT KONE XTD is working on something interesting. LEDs in a computer mouse are nothing new, but interactive LEDs that can be attached to in-game events is. This tech is still fairly new, so there may not be too many games that support such cool features, but this stylish mouse will still be a hit. Imagine watching the mouse turn from green to red as your health bar drains. This begs the question, who stares at their mouse for information that can clearly be seen on the screen? I ask you this…have you ever had to pee and couldn’t pause but had to rely on a shaky hiding spot to save you until you got back? Being able to see the status of the game can save some major in-game headaches when you decide to slide to the kitchen for some chips or Mountain Dew before heading back to the Gaming Chair of Comfort +3. There is potential here.

Last up is a cool rig I could have used back in my hey-day, the Atlantic Game Central Storage Rack ($44.99), a neatly arranged gaming station that even has a spot for the controllers. Yes, this would have kept me from enduring a lot of fist shaking from my mother. Had these existed back in the day, I could have just pointed to it and said, “Buy me this, mother. I can organize my structured play area and keep my environmental impact to a minimum.” It’s not a perfect solution, but it fits the bill. 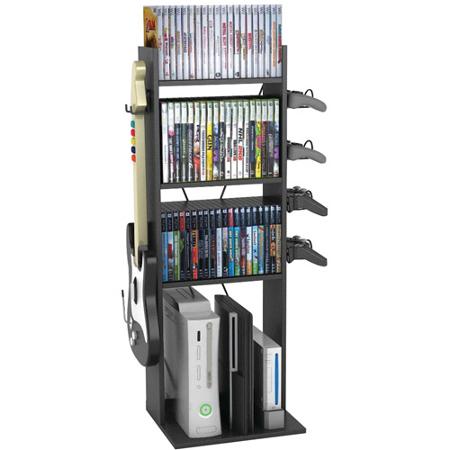 Of course, if none of these items does anything for you, you could always punt gift-giving this year and get some cool Star Wars merchandise. There is Star Wars branding on everything from dolls and space ship models to more adult things like money clips, cuff links, and some very classy ties. Anyone to whom you want to give a gift should enjoy something Star Wars themed. (If they don’t, then you don’t want to waste money on them anyway, so you’re off the hook.)