Ah summer… What could be better than heading to the beach to enjoy the lovely weather with something awesome to read? I am lucky that I live close to Coney Island so I’m able to head to the beach quite often. I always pack a manga or two to read while I’m there (which should come as a shock to none of you if you’ve read any of my other posts).

I love horror manga, as well psychological thrillers, but these are left home in summerin favor of some slice of life series. When it’s hot and sunny outside, I prefer comedies that tell the stories of average people, so I’ve compiled a list of the manga that is accompanying me to the beach this summer.

Hiromu Arakawa is a name that may be known to many of you because she is the author of the manga Fullmetal Alchemist. It was very popular in Japan as well as here in the states, and Fullmetal Alchemist: Brotherhood is usually in the Top Ten lists of many anime sites and articles. After having garnered so much popularity, Hiromu decided to challenge herself by writing a realistic series, which is where Silver Spoon comes in.

Silver Spoon tells the story of Yugo Hachiken, a very quiet, studious boy, pressured by his father to get the best grades and enter the best high school. After failing his entrance exams, he decides to go to Oezo Agricultural High School solely because it is very far away from his home and he’ll be able to be away from his family. Once there, Hachiken learns much about the farming way of life and learns empathy for the animals and humans around him. 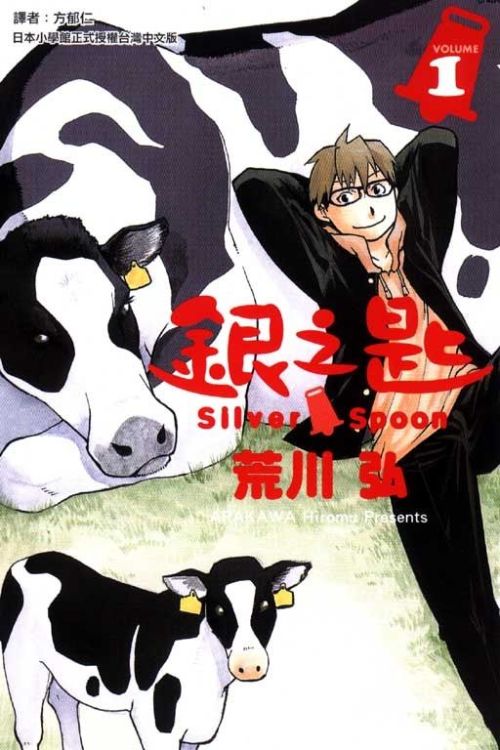 This series is so much fun to read. It shows how hard yet rewarding farming can be, as well as poking fun at Hhachiken’s complete lack of knowledge of all things having to do with agriculture and animal husbandry. Every character in this series is well developed and loveable. It has become very popular all over the world, though not quite matching the success of Fullmetal Alchemist.

The only thing that some readers may dislike is the frank discussion of how animals are turned into meat. While no killing is actually shown (expect for one instance that shows a pig with a slit throat), the series doesn’t shy away from explaining how animals are butchered and how each part of the animal is used. I personally learned a few things, and—as a meat eater—am grateful for such a frank and honest portrayal.

This series is perfect for the beach because the series takes place at a beach in Japan. Squid girl is an anthropomorphic squid who decides to come to the surface to invade and conquer Earth in order to make humanity pay for the poisoning of the oceans. Once on dry land, she discovers a snack bar on the beach and decides to make it her base. She accidentally breaks one of the walls and is forced to work as a waitress by the sisters who own the snack bar until she pays off her debt.

This is another very funny series. It’s downright silly, with much of the comedy being the fish out of water aspect that Squid Girl goes through. Everything is new, everything is interesting to her, and no one finds her actually threatening. How can they when she’s so cute?

No list of funny, slice-of-life manga would be complete without mention of Yotsiba&! This manga tells the story of Yotsuba Koiwai, an adorable yet weird little girl who finds everything interesting and the world full of countless new things to enjoy. The story revolves around her interactions with her adopted dad, her neighbors, and her dad’s friends. 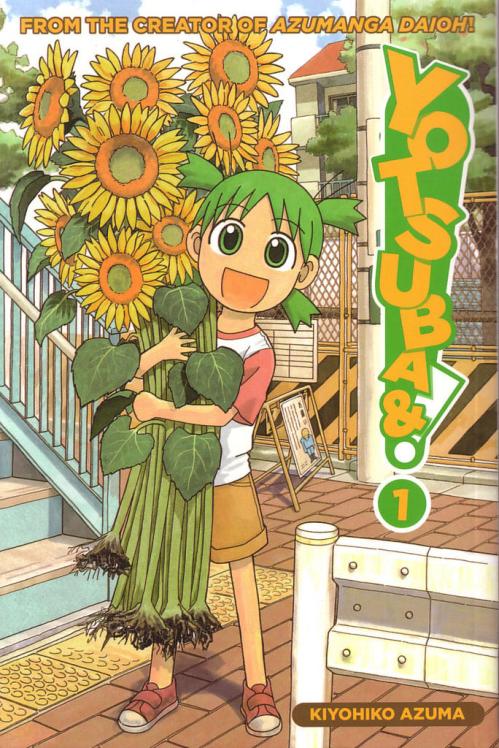 This series is just full of joy. Discovering the world with Yotsuba is always entertaining. Even something mundane like playing in the rain or heading to the grocery store is exciting when seen through the eyes of the ever eager Yotsuba. This manga always makes me laugh and leaves me in a light, happy mood after reading. The series doesn’t have a strong plot (I have questions that haven’t been answered as of yet, such as where Yotsuba is originally from and how her dad came to adopt her, and they may never be answered), but is just about different things Yotsuba discovers, so it is easy to pick up any volume and see the world through her eyes.

There is another series called Barakamon which is quite similar to Yotsuba&! and is about a calligrapher named Seishu Handa. After punching a curator for saying Handa’s work was unoriginal, Handa moves to a remote island to gain some perception and do his work in peace. There he meets Naru, a young girl who runs around the village and is mischievous and full of the same wonder as Yotsuba. She helps him come out of his shell and appreciate village life and having a close knit community surround him.

This series is about a manga store in Akihabara. Akihabara, or Electric Town, is where you can find shops full of anime & manga merchandise on every block. These stores are six to eight floors usually and there are several on every block. It is called the Mecca for Otaku or Otaku Paradise. 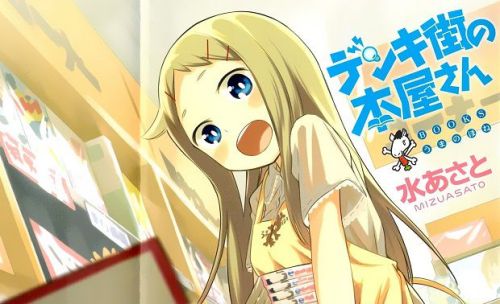 Otaku generally means geek or nerd and it is used to denote someone who loves a particular thing. People can be a train otaku, or a gun otaku for instance, but the word is usually is used for someone who loves anime & manga. While it is considered an insult by some, many fans have accepted and use the word when talking about themselves.

This manga tells the story of the workers at a manga shop called Umanohone (based on the real life shop Toranoana) and their lives as manga fans and dealing with manga fans. There is also romance in this series but it is very light.

I must admit I have a few qualms about placing Denkigai no Honya-san on this list. It can be a bit ecchi (it has adult humor, never explicit but it may turn off some readers) but the main reason is because I don’t know if everyone will find it funny. Many of the jokes come from tropes found in anime and manga as well as stereotypes found in the otaku community, so readers who aren’t well versed in these genres may not find most of the jokes funny. However, I still think it should be given a chance because it really is quite hilarious.

So these are the manga I plan to bring with me to the beach. All funny, all heartwarming in their own ways, all just a lot of fun to read. I can’t think of a better way to spend a hot summer day than at the beach reading these manga and enjoying a cold drink.