This weekend was a very traumatizing one for me.  I had planned to go to Easter service on Sunday morning, and then enjoy a leisurely BBQ with friends before sitting down to write the Monday Editorial for the blog.  However, that was rudely interrupted by the most important guy in my life:  my dog Pablo. 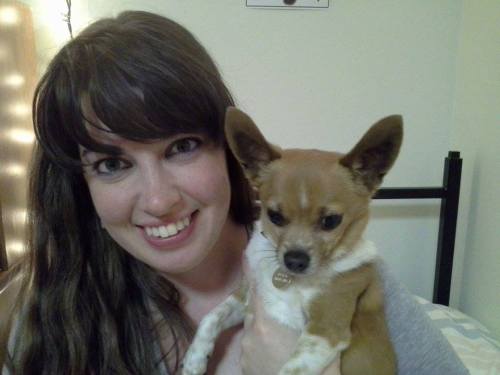 I always dreamed of getting a Rottweiler rescue that would be my companion roaming through woods and camping for long weekends.  I wanted a dog I could wrestle on the floor.  However, fate had other plans, and Pablo ended up in my life.  He’s the one constant in a changing world as things get topsy turvy from time to time.  One of the big changes was my cell phone number.  Unfortunately, I failed to update Pablo’s tag with a working number right away.Easter Sunday morning, I was in a hurry to drop Pablo off with a friend who was not planning to attend service.  He was having a BBQ there later, and he had a dog of his own and a fenced backyard, so I thought everything would be fine for an hour and a half.  Boy was I wrong!

Apparently, Pablo decided that he was fed up with being left with strangers, so he made his way through a tiny hole in the fence and disappeared.  When I got the call that he was missing, my heart nearly stopped.  Five friends and I trekked through a peaceful neighborhood for five hours, calling Pablo’s name, knocking on doors, and posting fliers with his photo.  I knew he was not in the habit of wandering far, nor of crossing roads, so I figured he had stayed pretty close, but none of the neighbors for two blocks had seen him.  I was worried sick.

Finally, as a last ditch effort before morning when I could call the SPCA and animal control, I posted on Craigslist, imploring anyone who had seen Pablo to call the (working) cell phone number I provided.  Within an hour, I had an email from a good Samaritan who had seen my classified listing and a Facebook post from someone claiming to have found Pablo (with a hilarious, but accurate description of him).  Before I even had a chance to see the email, having fallen asleep from exhaustion, the woman who found Pablo called–about 1:30 am–saying that she had seen the ad and that Pablo was safe and we could come get him right away.  Somehow, Pablo had wandered for about three and a half hours from the time he escaped until she picked him up, crossing two major streets, and traveling nearly two miles.  Unfortunately, he went in the opposite direction from home.  Homeward Bound, this definitely wasn’t.

Needless to say, I was overjoyed.  I turned into a complete klutz trying to pull on pants and shoes and lurch to the car, but I made it across town in record time.  Pablo was excited to see me, but in the “every day” way.  Clearly, he felt that his quest to find me had worked flawlessly, and that I had just taken my time in arriving at his location. 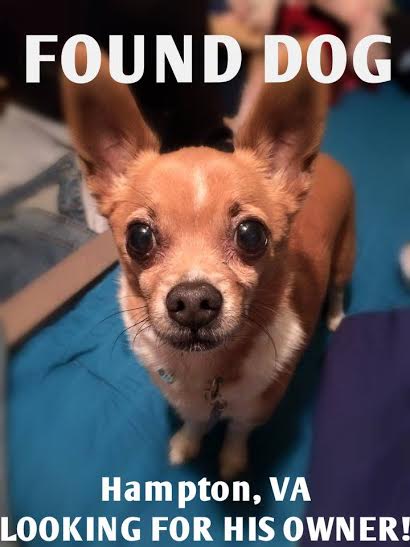 Today, of course, was a day to sleep and catch up from the exhaustion of walking for hours and hours, and worrying for even longer.  This evening, I ran to the pet store to update Pablo’s name tag with a working phone number, and in the meantime decided that if he were able to travel as far as he did on his own, that his great adventure earned him a badass, spiked collar. 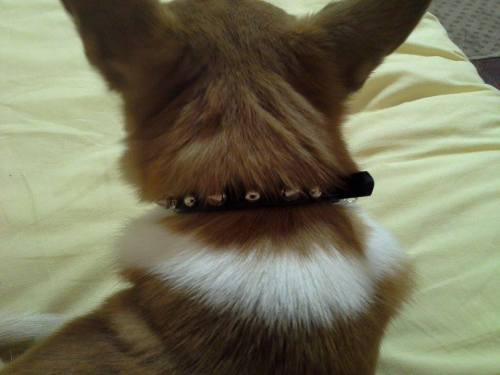 Spikes and conchos do not necessarily a badass make.

All’s well that ends well, as they say.  My friends were deeply apologetic for letting Pablo escape, but this has reinforced my paranoia about letting him out of my sight.  He’ll be kept pretty close to home for a while now.  Another big change is that I will be investing in a doggie microchip to make very sure that even if his collar somehow disappears, he will still be able to find his way home in the care of a responsible rescuer.  Most of all, I will be personally inspecting fence-lines, if he ever goes into an unfamiliar backyard.  The moral of this story is:  make sure your pet is tagged and micro-chipped with working information–because even super careful owners sometimes face unhappy circumstances–and that some of the people in this world are truly wonderful, and try to do the right thing, even when it takes extra effort.

I hope everyone had a safe and happier Easter than I did!  Pablo’s great adventure is over, and it’s back to regular geeky blogging tomorrow.