Bad news for Star Wars fans. Harrison Ford was recently injured on the set of Episode VII. Ford was apparently hurt by the door to the Millenium Falcon and was rushed to an emergency room with a broken ankle and a chest injury. Studio executives have been working to rearrange the shooting schedule to account for what could be a long recovery for the 71 year old. This is also not the first time Ford has been injured on set. During Temple of Doom he required back surgery and during filming of The Fugitive he tore a ligament in his knee. 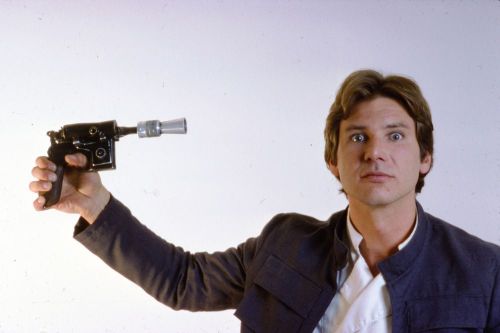 Harrison Ford having some fun at a photo shoot for Star Wars.

Therefore I Geek wishes Ford a speedy recovery and we eagerly await the coming of Episode VII.

Rumors are quickly spreading that DC is planning a massive movie announcement for San Diego Comic-Con. The supposed plan calls for three movies a year in 2016 and 2017 and included in the mix are Wonder Woman, Green Lantern, Flash, and Sandman. Unfortunately, there are already some doubts about the legitimacy of this schedule given how ambitious it is.  Truthfully, the level of quality that DC can achieve in such a short time span is questionable.  Additionally, fans are wondering whether the films would use the actors from the DC television universe or if actors would be recast for the movies.

Personally, I’m game for both Sandman and Wonder Woman, but we’ll see what DC actually says at SDCC.

For those of you who have been living under a rock, the Reading Rainbow Kickstarter has been nearly unstoppable. They reached their initial goal of one million dollars within the first 24 hours of the campaign and the total amount donated is now approaching the five million dollar mark. As a deal sweetener (like we really needed one at this point), if the campaign does reach five million, several live events will feature Star Trek alumni such as Brent Spiner, Johnathan Frakes, Kate Mulgrew, Gates McFadden, William Shatner and Patrick Stewart. A total of four events will be held, one featuring the men of Star Trek, one for the women and then Shatner and Stewart get their own events.

I remember watching this show as a kid, so I’m pretty excited to see this campaign doing so well.

Last but not least, fans of HBO’s Game of Thrones are getting a look at how the creative team managed to make Jaime Lannister’s severed stump look so real.  Prosthetics and makeup genius Sangeet Prabhaker instagrammed this photo of the process to make his stump look incredibly real.  Apparently there were multiple techniques used, depending on camera angles and activity.  This one was used, among other scenes, for the infamous bath scene with Brienne of Tarth. 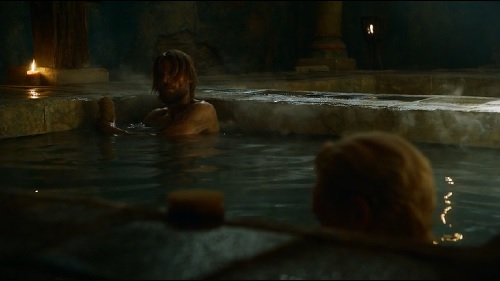 I personally just figured they slapped a sock on the end and called it a day.